What is better than just a ski holiday? A music festival in the Alps! Here is a quick run down of what's happening so far this winter…

“Transition” is a new ski electro pop festival produced by the renowned Snowbombing and will be taking place in Avoriaz from 13th to 19th December 2015. There will be giant après-ski DJ sets, live shows and concerts with a line-up including; Dizzee Rascal, Wilkinson, Ben Pearce, Bondax, B. Traits, James Zabiela and Krafty Kuts. A festival wristband and six nights accommodation costs from just £99.

In Switzerland, Verbier are launching a brand new festival this winter season, “Polaris”. The two day event takes place during the weekend 11th-12th December 2015 and tickets cost 69 Swiss francs per day. Apparently techno and house form the basis of the festival, with the likes of Luciano, Seth Troxler and DJ Koze performing for the 1000-capacity crowd. Carl Craig will partner with Mike Banks for a live show, while local stars Andrea Oliva, Mountain People and Mirko Loko all have slots. More acts are still to be added and the resort is pleased to be joining the winter festival music scene.

The major music festivals then really kick-off again in March when the sun is shining and the days are longer, perfect for après!

Snowboxx has moved in the past couple of years from Andorra to Alpe D’huez and now in 2016 will be taking place right in the heart of Avoriaz during the week 12-19 March 2016. There are two main stage events and some great parties with a stage right in the middle of the slopes only accessible by ski/snowboard along with snow park parties throughout the week. In the Snowboxx Village there are DJ’s, bands, street food stalls and cocktail bars a plenty. A new feature for 2016 is the Snowboxx nightclub ‘The Salle de Festival’ open throughout the week. They will also be taking over ‘Aquariaz’ a tropical paradise water park with lazy river, wave machine, half pipe slide and Jacuzzi for a pool party two evenings during the event. It does not end there at Snowboxx 2016 they are offering a unique venue with an igloo hidden on the Avoriaz slopes complete with bar, dance floor and chillout area. The actual line-up is currently under wraps however the organisers claim that 2016 will be bigger and better with further details announced over the next couple of months.

One of the reasons Snowboxx has made the move to Avoriaz is to link up with “Rock the Pistes”. There are no wristbands or tickets to be purchased, all you need is a ski pass! Rock the Pistes 2016 will be taking place during the same week as Snowboxx 13th-19th March. It is a multi resort festival that hosts lunchtime shows in each of the resorts, right in the middle of the pistes only accessible on skis or a snowboard. It is the sixth year for “Rock the Pistes” a festival organised by the Portes Du Soleil Tourist Board with daily concerts in different resorts in the ski area including ­ Morgins, Champery, ­Les Crosets, Les Gets, ­Morzine, Châtel and Avoriaz.

In previous years the following have all played at the festival with this years line-up still to be announced: BabyShambles, Charlie Winston, Archive, Keziah Jones, Selah Sue, Breton, Shaka Ponk, Skip The Use, Bertignac, Superbus and The Do.

In Tignes during the same week 12-19th March the fourth edition of European Snow Pride will be taking place which is Europe’s biggest gay winter sports, music and movie festival with Europe’s best gay DJs. Tickets are available from just £295 including seven nights, accommodation, lift pass and event pass.

There is also apparently a major international music festival to be held in Tignes in April 2016 but they are keeping schtum with details to be announced soon!

As winter approaches there will be further events to add to the list so watch this space!

Ad
Ad
Got a Verbier Question? 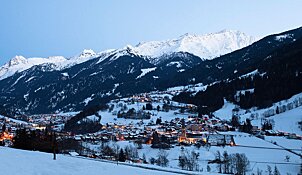