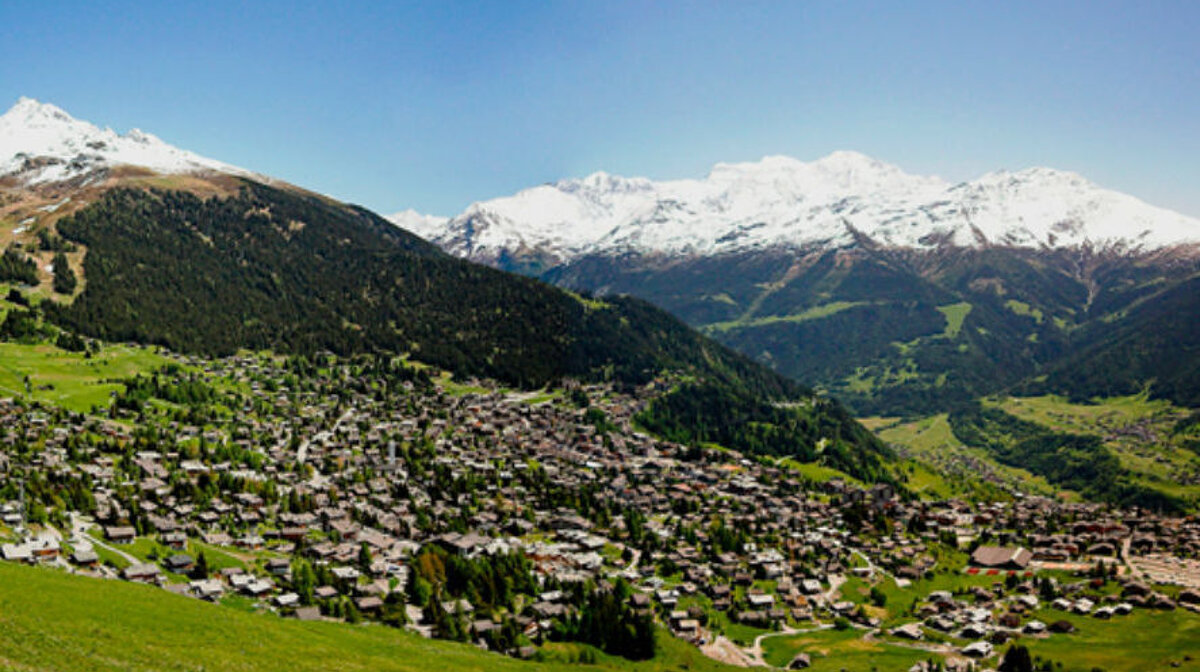 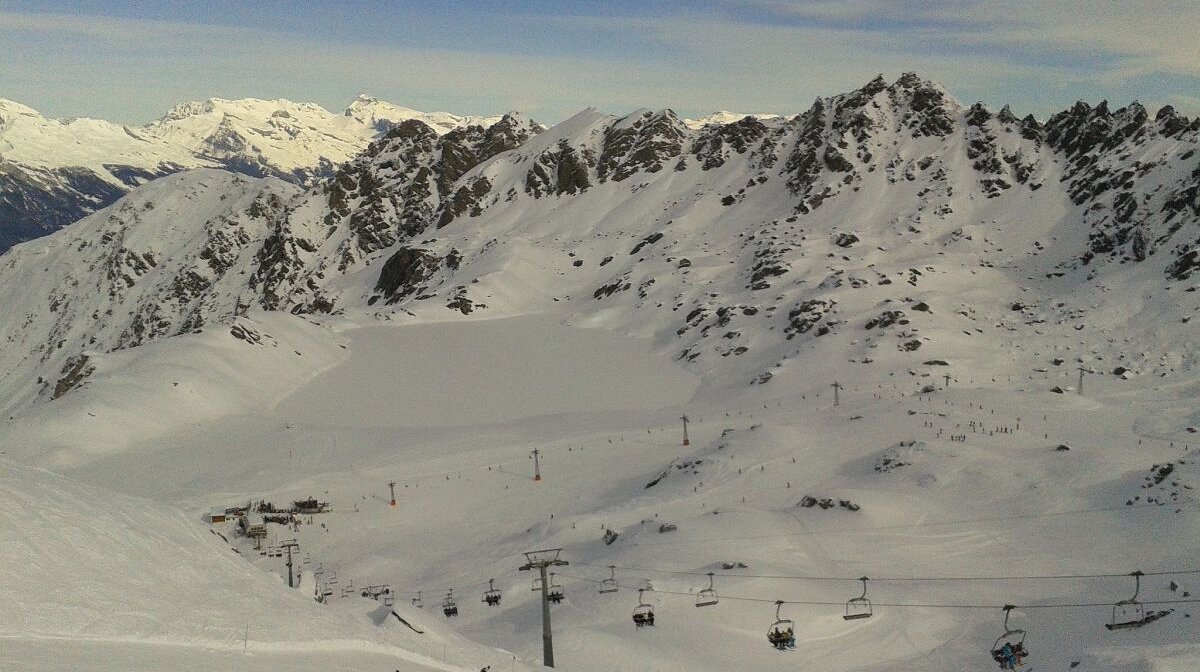 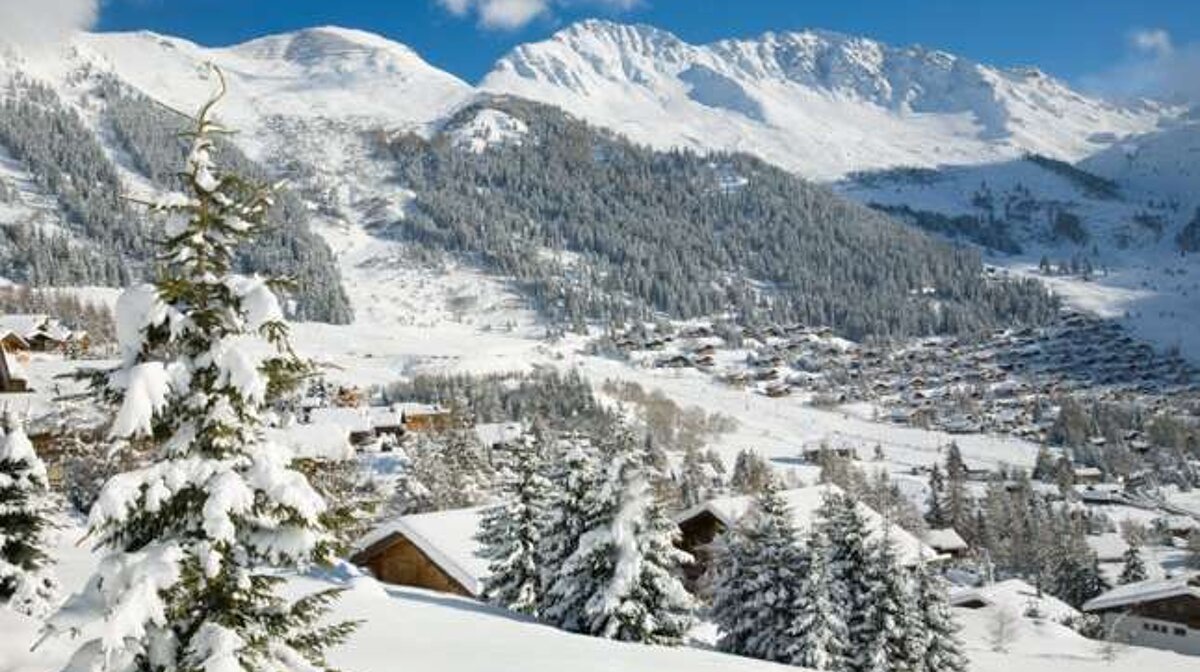 Discover the Verbier of yesterday

At the turn of the 20th century Verbier was little more than a few farmer’s huts and cattle pastures. It’s potential as a ski resort was discovered in 1925 when a group of keen mountain men hiked up 15km from Sembrancher in order to ski back down again.

Now, thankfully, it’s only the most fervent of ski tourers who need replicate this journey as the first lift system was installed in 1946 and in 1951 the lift company hired its third employee! Over the next 10 years Verbier expanded as a holiday destination but still essentially remained a small alpine village. It was not until the ski boom of the 1960’s that it was established as the snowsports mecca that it is known as today.

The ruins of Verbier castle provide a glimpse into a world so old that it not documented in local archives. From the remaining stones it can be assumed that the castle was probably built sometime in the 12th century by the Count of Savoy, before being destroyed in 1475 after the Battle of La Planta. Traces of the moat can still be seen as well as what may once have been a well.

The churches of Verbier provide a visual contrast as well as a different historical perspective. The Verbier Village chapel was originally built in 1686 but in time became too small to serve the community. It was replaced in 1866 with the building that stands today, albeit featuring a number of the original 17th century features and is worth a peek inside for anyone interested in religious history. The parish church of Le Châble originally dates from 1488 and was restored in 1981. The bell tower is the oldest original feature. The gothic style of the building is quite beautiful and the interior features a fresco painted by a local artist, Félix Cortey. In compete contrast is the newcomer completed in 1962, which dominates the town with its 40 meter spire and bold modern design.

Development through the ages

Despite the now bustling town centre and the modern developments that have sprung up over the years it is still possible to revisit Verbier’s past. You can learn about the old tradition of cheese making at the dairy and take some local Tomme home to tuck into, or take a walking tour of the villages. Much of the original architecture is still in place in these charming hamlets and you can see old windmills, chalets and chapels as you pass through. A ramble through the pastures of Louvie, Sovereu, Crêt, Giétro and Lia may lead to you the old fashioned alpine stables that were once the only dwellings in the area. Cattle herders would live out in these old stone structures while keeping watch over their herd.

Verbier has a number of fascinating museums and galleries that are well worth a visit, amongst them the Musée du Vieux-Pays (recreation of traditional dwelling), the Oreiller Forge, the Grinding Mill and Saw Mill and the Alpine Museum.

These days Verbier is transformed into a lively winter and summer resort, known for its fantastic sporting opportunities and its vibrant nightlife. During the peak of the winter season over 40,000 skiers and snowboarders are whisked up into the mountains by the network of lifts that now criss-cross the slopes.

From its humble beginnings Verbier has grown from being a tranquil grazing pasture to one of Europe’s premier holiday destinations. However, if you visit in the summer you can still hear those cow bells.

History of the Verbier Lift System
Founded in 1950 under the title of "Télésiège de Médran SA" by a courageous group of promoters, the company in 1960 became the "Société Anonyme des Téléphériques de Verbier" through a fusion with the "Société Anonyme Téléphériques Attelas": the latter had built up the axis of Verbier-les Attelas-Lac des Vaux through the years of the 1950s, under the guidance of Me Rodolphe Tissières. The 1960s saw the conquest of the Mont-Gelé, the construction of the gondola of Tortin-Chassoure, the full equipment of the Savoleyres area and the transformation of the company into "Téléverbier S.A." (28.04.1966).

The 1970s saw the implementation of the gondola and the restaurant of Savoleyres, the link-up with the valley through the gondola Le Châble-Verbier and the fusion with Télétzoumaz (1976). Six chairlifts and one ski-tow were also built in this period. Ski-pass validity was extended to the "4 Valleys" (1975-76 season). Finally in 1978 the company took over the network of Bruson and set out to conquer the Mont Fort.

The workshops in Sembrancher, aimed at satisfying the mechanical requirements of the company, were built in 1983/1984. These were formed into a new company "Services Techniques Alpins SA". In 1995.

The largest cable-car in Switzerland at that time, the Jumbo, connecting La Chaux with the Col des Gentianes, was built in 1987, under the direction of Jean Casanova, President of Téléverbier SA since 1984.

Besides the construction of the Funitel in 1994, a veritable technological jewel, which heralded the entry of ski-lift development into the third millennium, the 1990s saw a big improvement in the preparation of the pistes, notably by the implementation of a network of artificial snow machines between the Attelas and Verbier as well as in the resort itself.

The gondola of Tortin-Chassoure, dating from 1960, was replaced by an eight-seater gondola with a large uplift in 1998.

Finally in 1999, two chairlifts were replaced by one detachable quad on the Lac des Vaux.

On Sector Savoleyres/La Tzoumaz, the old "Poma" with its inconveniences is a thing of the past! From this winter season, it has been replaced by a six-seater detachable chairlift, to make certain you can get on without a problem. This will allow for a better turnover, permitting 2,400 passengers per hour.

Since its formation, Téléverbier SA has invested more than 250 millions of Swiss Francs in its buildings and lift-system, which has led to an important added value to the economy of the region.